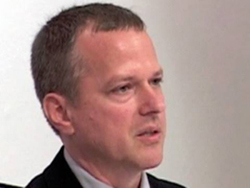 In June 2014 at The Brunswick Inn, Derby there was a discussion of suicide and assisted suicide, introduced by Kevin Yuill author, ‘Assisted Suicide: the liberal, humanist case against liberalization’.

Kevin says “For some, suicide is the irrational act of an unsound mind requiring medical intervention, but for others it can be a moral decision made by rational individuals, troubled or otherwise. Either way, does emphasising the role of external pressures (such as recession-fuelled hardship or bullying and harassment) risk undermining the individual’s responsibility for the act itself?

Or is it possible to understand and explain suicide without condoning or even, however inadvertently, encouraging it? Given its social effects, can it even be understood as a genuinely private act? Should the stigma surrounding suicide be maintained in the interests of all concerned?”

Kevin researches and teaches American history and contemporary issues in American society at the University of Sunderland. His interests include the 1970s, the Roosevelt, Johnston and Nixon presidencies, American liberalism, the intellectual history of race, the civil rights movement, gun controls, the United States in the 1970s, and the history of affirmative action.