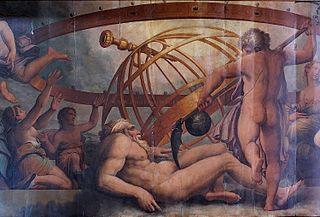 “Is the ‘conversation between generations’ coming to an end? The knowledge and values that are the basis of social and civilised life are the inheritance of new generations but their transmission requires some interweaving between the generations. Today the reciprocal relationship between the old and young appears to be at breaking point.

The old argued for and voted for Brexit. Did they betray their children who, polls say, voted to remain? The consequence of Brexit, some commentators now argue is that there is a new generation war a ‘youthquake’ with young fighting the old. United for All Ages, a self-proclaimed ‘think and do tank’, argues that we need to rebuild a community which coheres across generations.

One of the divides in this seeming war comes from the fact that young people no longer expect to own a house and are said to be jealous of their parents’ affluence and privilege. Friction over home ownership has left some questioning whether millennials are simply waiting for their parents to die, hoping to save the membership of the EU in the process. But have the old really become selfish and the young cruel or is this all hyped up by remainers in the media? The seeming loss of traditional familial love has led to the suggestion by the Intergenerational Foundation that the solution is for the older generation to downsize their homes or to subdivide their properties to tackle the housing crisis. Can the ‘generation gap’ be closed by ‘shared spaces’ or is this another solution to a problem that could be easily overcome by simply building more affordable homes?

The term ‘youthquake’ – the Oxford Dictionary’s ‘word of the year’ in 2017 – is clever but does it have any substance? Does it describe a new era of politics where the older generations simply cannot understand the principles and values of the young in the 21st Century or do we just need to talk to each other?”

7 PM on 23 October at the Hallmark Hotel Derby Midland