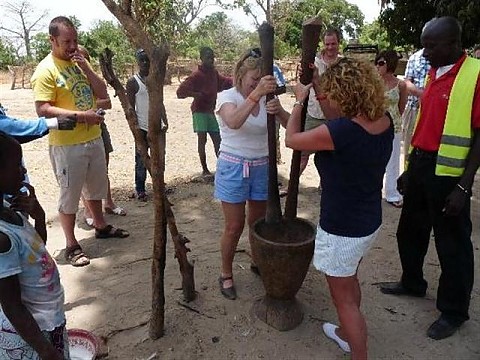 From the 1960s, tourism was encouraged as an unquestionable good. With the arrival of package holidays and charter flights, tourism could at last be enjoyed by the masses. The UN even declared 1967 ‘International Years of the Tourist’, and recognised tourism was as ‘a basic and most desirable human activity, deserving the praise and encouragement of all people’s and all governments’.

Today, however, tourism is no longer seen in such a positive light. Since the 1990s there’s been growing criticism of the tourist industry, and tourists themselves. Mass tourism is deemed to have wrought damage to the environment and host societies, while many tourists are seen as caring little for the countries they travel to. To remedy this, new forms of tourism have developed that proclaim themselves to be ‘ethical’ or ‘responsible; that can help make a positive difference to the world, or at least minimise our negative impact.

However, in recent years responsible tourism has also face criticism. On the one hand, ethical tourists are often regarded as naïve, patronising and more interested in salving their own guilty Western consciences than genuinely helping people. On the other, some argue that such tourism constitutes a burden that actually hinders progress and development in countries that need it the most. It is also claimed that, while such tourism may have the language of responsibility, it is really about restricting travel for the masses and keeping it for the privileged ‘ethical’ few.

So is tourism an innocent pleasure, or is there a need to curb the excesses of the holiday industry, and even holiday makers themselves? Should holidays be solely about enjoyment, or do we have a responsibility to the places we visit to ‘tread lightly’ or even ‘put something back’? What is ‘ethical tourism’ and who does it benefit?

Our speaker for this topical Salon is Dr Jim Butcher, reader in the geography of tourism at Canterbury Christ Church University.

Date, time and venue: Tuesday 24 May at 7 PM in the Hallmark Midland Hotel, Derby.

Tickets are available through Eventbrite

Jim  teaches in the School of Human and Life Sciences at Canterbury Christ Church University. He is a member of the American Association of Geographers and the Royal Geographical Association, and contributes frequently to debates on tourism and its impact on environment and culture. His three books analyse the tendency to turn holidays into markers of moral lifestyle, criticise the development claims of green niches in the developing world and consider why trying to change the world through ‘volunteer tourism’ is indicative of a diminished politics. He has written for the Times Higher Education and Spiked amongst others.

Jim supports good causes and loves holidays but, unlike volunteer tourists, has never seen much merit in combining the two.

Find out more on his blog

Ethical Tourism and Development: The Personal and the Political, Jim Butcher, Tourism and Recreation Research, 40(1), 2015