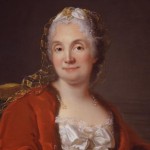 In eighteenth century France the Salons of the Enlightenment, created and organised by aristocratic ladies, known as Salonières, became a new public space where you could hear the ideas of the great thinkers of the time, debate their meaning and, of course, have dinner and some entertainment. This ‘Sunday Short’ at The Academy will explore the role of Salonières with particular reference to the model Salon of Madame Geoffrin (pictured left). A must for all involved with organising today’s Salons – the Zurich Salon Dublin Salon Manchester Salon Liverpool Salon and The Brighton Salon 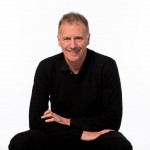 Dennis is Professor of Education at the University of Derby. He is the founder and director of the campaign group Academics For Academic Freedom (AFAF) and is an organiser of the East Midlands Salon. Dennis is known for his educational writing and journalism and is a member of the editorial board of the Times Higher Education magazine. In February 2014 he became the first education columnist for the on-line magazine The Conversation.