In April 2014, the East Midlands Salon hosted a discussion entitled ‘The politics of sport’. 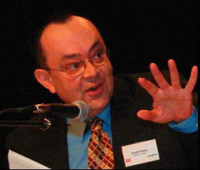 This Salon discussion was introduced by Geoff Kidder – the Membership and Events Director at the Institute of Ideas and their resident expert on all matters sporting and will ask ‘Should we kick politics out of sport?

By way of introduction Geoff says:

“From Nicolas Anelka’s ‘quenelle’ gesture, to Western politicians objecting to Russian homophobia at this year’s Winter Olympics, and Brazilian activists complaining about World Cup corruption, sporting events have become the focus of protest and political gestures of all kinds in recent years.

Historically, there has always been a connection between politics, sport and protest with major protests and boycotts of apartheid South Africa, and the boycott of the Moscow Olympics in 1980.

But today the relationship between sport and politics seems somewhat different. On an almost weekly basis football fans and players are castigated for committing some social ill or other. And in Scotland, laws have been introduced to control what fans can chant and sing in football stadiums. Similarly, rather than concentrating on the sporting events themselves, numerous organisations are lining up to air their grievances, political or otherwise, at this summer’s World Cup and Commonwealth Games.

Should we welcome the incursion of politics and protest into sport? Is this a good way to make people socially aware? Or should the sporting arena be left alone for sportsmen and women to perform?”