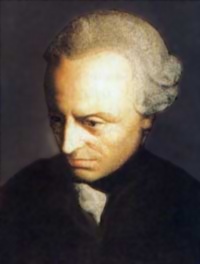 On Tuesday 2o January at 7:00PM in Hallmark Hotel Derby, Midland Road, DE1 2SQ Derby, the East Midlands Salon is hosting a discussion entitled ‘The Enlightenment: has the light gone out?’

Sapere aude! – ‘Dare to know!’ or ‘Have the courage to use your own reason!’ was what the philosopher Immanuel Kant chose as the motto of the Enlightenment. In his famous essay ‘What is Enlightenment?’ (1784) he wrote:

Today we might adopt what the philosopher Paul Boghossian called ‘Fear of Knowledge’ as the motto of our time when criticism, reason and individual judgement have been replaced by a culture of fear and caution in which you can only say what is generally thought to be acceptable, inoffensive and morally correct.

What has happened to the spirit of the Enlightenment? Has the light gone out or can we rebuild a new culture in which we can criticise everything?

Join us for the first Salon of 2015 when our discussion will be introduced by Professor Paul Elliot (University of Derby), an historian and an expert on the Enlightenment, and Dolan Cummings (associate fellow of the Institute of Ideas) many of whose writings, and in particular his edited book Debating Humanism, are a defence of the values of the Enlightenment. Chairing the debate will be Dr Vanessa Pupavac (University of Nottingham).

Tickets are available now through Eventbrite.

Tickets: £5 (£3 Concessions) Book now through this The Enlightenment link.