At the nest East Midlands Salon, Dolan Cummings will be ‘in conversation’ with Dennis Hayes about his new crime novel That Existential Leap. Purchase a copy from Amazon UK.

“Part bildungsroman and part psychological thriller, That Existential Leap is a novel of ideas about the struggle for self-realisation and belonging in the postmodern West. Claudette Dasgupta is a thoughtful but unremarkable American teenager unenthusiastic about the prospect of college and a conventional life. When she meets the heroically mysterious Siegfried at the New York Public Library, she barely hesitates to throw in her lot with him, but soon finds an unscripted life is scarier, and harder, than she could have imagined. Meanwhile, across the Atlantic in Siegfried’s home town Glasgow, unconventional police detective Alexander investigates his disappearance. Alexander is soon caught up in still more unworldly affairs as his work spirals out of control and his personal life unravels. As the two stories wrap around one another, encompassing the worlds of crime and gangsterism, the law and police work, music and the supernatural, Dolan Cummings’ novel explores the terrifying uncertainty at the core of all human relationships.”

Date, Time and Venue: Thursday 21 June at & PM in The Brunswick Inn, Derby. Tickets are available on Eventbrite. 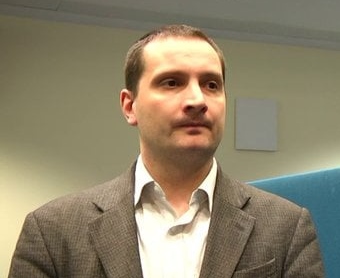 Dolan Cummings works as a freelance copywriter and speechwriter. He is originally from Glasgow and now lives in London. He is an Associate Fellow of the Academy of Ideas and one of the organisers of its annual Battle of Ideas festival in London. He has edited two collections of essays: The Changing Role of the Public Intellectual (Routledge 2005) and Debating Humanism (Imprint Academic 2006). That Existential Leap: a crime story (Zero Books 2017) is his first novel. His personal website can be found at dolancummings.com.