Or speaker, economist Phil Mullan, argues in his new book, Creative Destruction: How to start an economic renaissance that the only way to ensure a better future is to create one. Mullan believes that what is needed is comprehensive economic restructuring backed by political and cultural change. For too long state intervention has been about ‘stabilising’ the economy: creating a corporate dependency that has entrenched economic stagnation.

This restructuring means embracing the painful disruption involved in letting the low-productivity parts of the economy go, to allow new sources of wealth creation to flourish. Crucially, for Mullan, this means seizing both the economic and democratic opportunities offered by Brexit.

So how do we create an economic renaissance? Do we need a bout of creative destruction, or should caution still reign? And does Brexit offer important opportunities to act decisively to renew British capitalism?

Date, Time and Venue: Thursday 22 June at 7 PM in The Parlour of the Brunswick Inn, Derby (£3 waged/£2 unwaged) 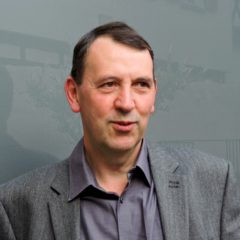 Phil is a writer and business manager, who researches, writes and lectures on economic, demographic and business issues. Currently working independently, in 2014 he completed eight years in senior management roles with Easynet Global Services, an international communications services company. Previously he had been chief executive of the internet services and training company Cybercafé Ltd.

The ideas in his new book, Creative Destruction, were inspired by his political engagement since the 1970s, and by his business experiences in the internet and telecommunications industries over the past two decades. These gave him convenient vantage points for viewing three big financial crises during those 20 years. First, in 1996 and 1997 he was rolling out the Cyberia internet cafe franchise in Bangkok and in Manila, allowing him to appreciate the effects of the Asian financial crisis at first hand. A couple of years later he worked through the dot.com boom and bust, still with Cyberia, and also as a board member of the communication services company Easynet. Both businesses were operating at the frontier of the information and communications revolution. By the time of the financial crash of 2008 he was one of Easynet Global Services’s managing directors, running its UK business during those turbulent times.

These experiences provided him with privileged opportunities to ponder the interaction between the real and the financial parts of the economy, which are reflected in the pages of the new book.

Find out more about his work on Phil Mullan.com

A review of his book:

“This is an excellent book that explains the long term economic stagnation in the developed world, why it is a problem and what the solution might be. By looking at historical data, Mullan looks at various economic theories and ends up with Marx as the most convincing, which will surprise some because ‘creative destruction’ has become a slogan associated with the right wing. The book then looks at more recent social and political developments and how they have influenced the way we see economic policy. Mullan has a few policy proposals but his main conclusion is that there is no easy economic solution. The difficult choices ahead will need a re-invigoration of politics before we can recover economic development”. (Amazon Reviewer)