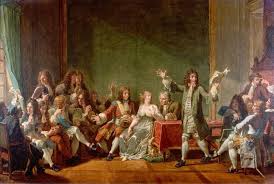 The East Midlands Salon is taking a summer break but will be back in the autumn with a whole new programme. We begin with a special event in September:

Wednesday 28 September – What is the role of a Salon in the 21st Century?

Speakers will include Simon Belt (convenor of the Manchester Salon) on salon organisation and Dennis Hayes on the origins of the Salon – from his talk on ‘Sex and the Salon’. This is an informal discussion for supporter of the Salons and is by invitation only. If you would like to attend please email the Salon.

And in October we have our Battle of Ideas Satellite event:

Speakers at this ‘round table’ include the distinguished sociologist of education, Professor Michael Young and Katie Ivens, Director of the education charity Real Action.

Tuesday 8 November at 7 PM will be a post-Battle of Ideas satellite, sponsored by Academics For Academic Freedom- The future for free speech – will tackling ‘radicalisation’ mean the death of debate?